Visit any powwow in America and you’ll likely find frybread and Indian Tacos. They are just as much a part of the modern powwow culture as dancing and drumming. For those who aren’t familiar with frybread, the name is self-explanatory since it is literally just a fried bread. Made from a dough that includes a raising agent (baking powder and/or yeast), when the dough is deep fried it bubbles and puffs a bit to create an airy interior and a firm crunchy exterior.

Served for individual consumption (but sometimes as large as a frisbee), the frybread becomes an Indian Taco when it’s topped with chili and a choice of toppings that usually includes iceberg lettuce, tomatoes, cheese, onions, sour cream and occasionally salsa, olives and guacamole. Frybread can be served as an Indian Taco with all the fixings, plain with just a knob of butter or sweet with butter and your choice of honey, powdered sugar or cinnamon and sugar. It’s still fairly common for them to be fried in lard.

Frybread is more closely related to the modern history of the American Indian and not the indigenous cultures or traditions. Frybread is a product resulting from the culture of relocation, termination, reservations and commodity foods. Regardless of the origins, it has become one of the most ubiquitous foods associated with the American Indian today. 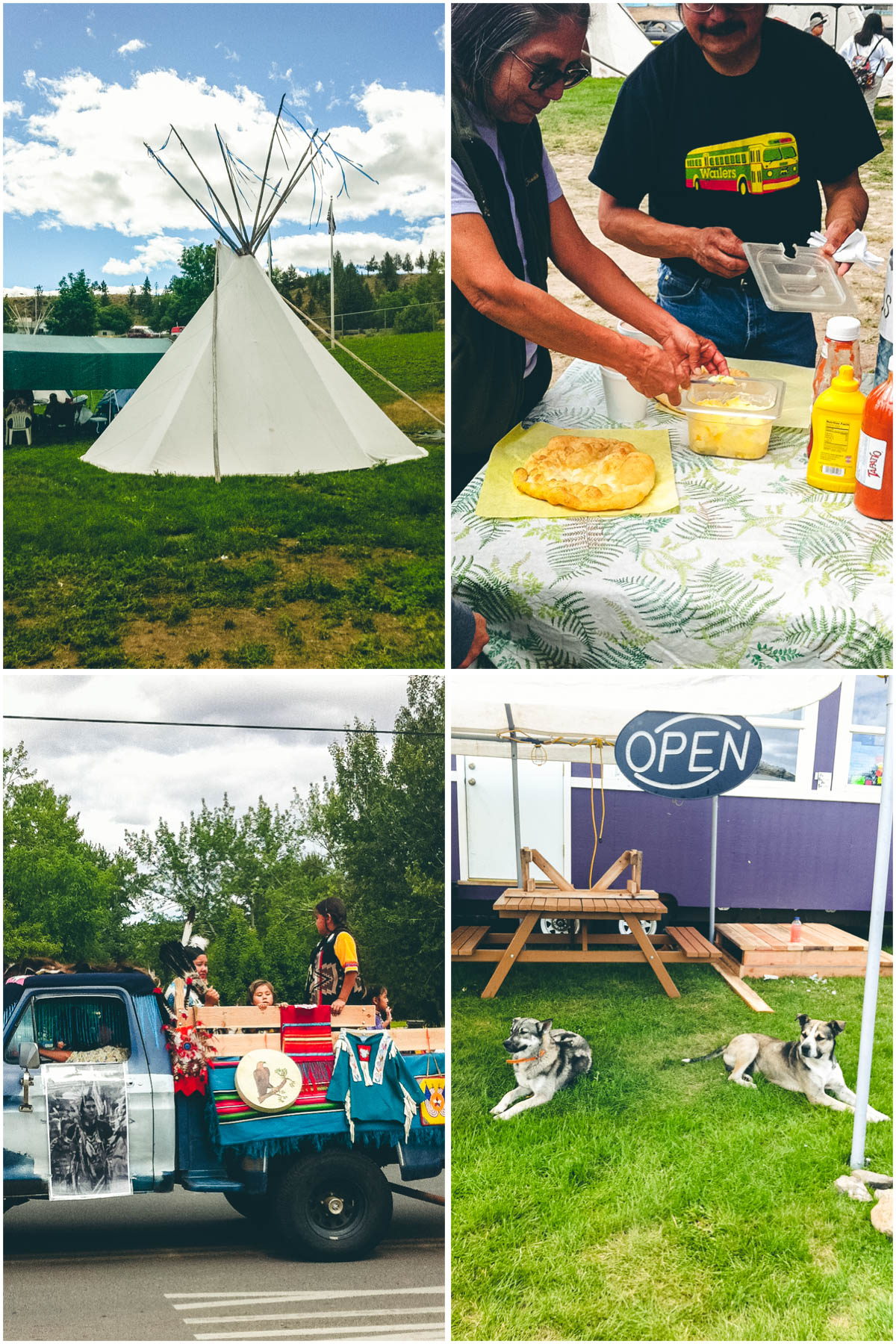 It goes without saying that frybread isn’t exactly healthy. So in an attempt to salvage a shred of nutritional value, we’ve decided to recreate this dish by lightly browning our beer flatbread on a pan brushed with oil to achieve a crunchy, delicious and not quite fried bread to serve as the foundation of our Indian Taco instead of the deep fried frybread, call it an Indian Tacos with Almost Frybread (Vegan).

After trying the Meatless Select Vegetarian Taco Filling in our Vegan Cuts May 2014 Snack Box and being reasonably impressed, the lovely folks at Atlantic Natural Foods sent us a variety of Meatless Select products to try for free.

Meatless Select produces all-natural vegetarian canned products made from textured soy flour. They currently offer five products, most of which are vegan, with the exception being the Chik’n Patty and Chik’n Sliders (both contain egg-white protein). The vegan options available from Meatless Select are their Vegetarian Five Bean Chili, Vegetarian Taco Filling and Vegetarian Fishless Tuna.

Along with most natural food stores, including Whole Foods, these are available online at Amazon.com and Vegetarian Essentials.

So far we’ve tried the chili and the taco filling. As I mentioned in my review of the Vegan Cuts May 2014 Snack Box, I was skeptical about a canned ‘meat’ product. It’s not the most appealing looking when you open it, but then food often isn’t very nice looking straight out of the can. Once you get past the can, the Meatless Select Vegetarian Taco Filling has a nice texture and a moderate amount of flavor. 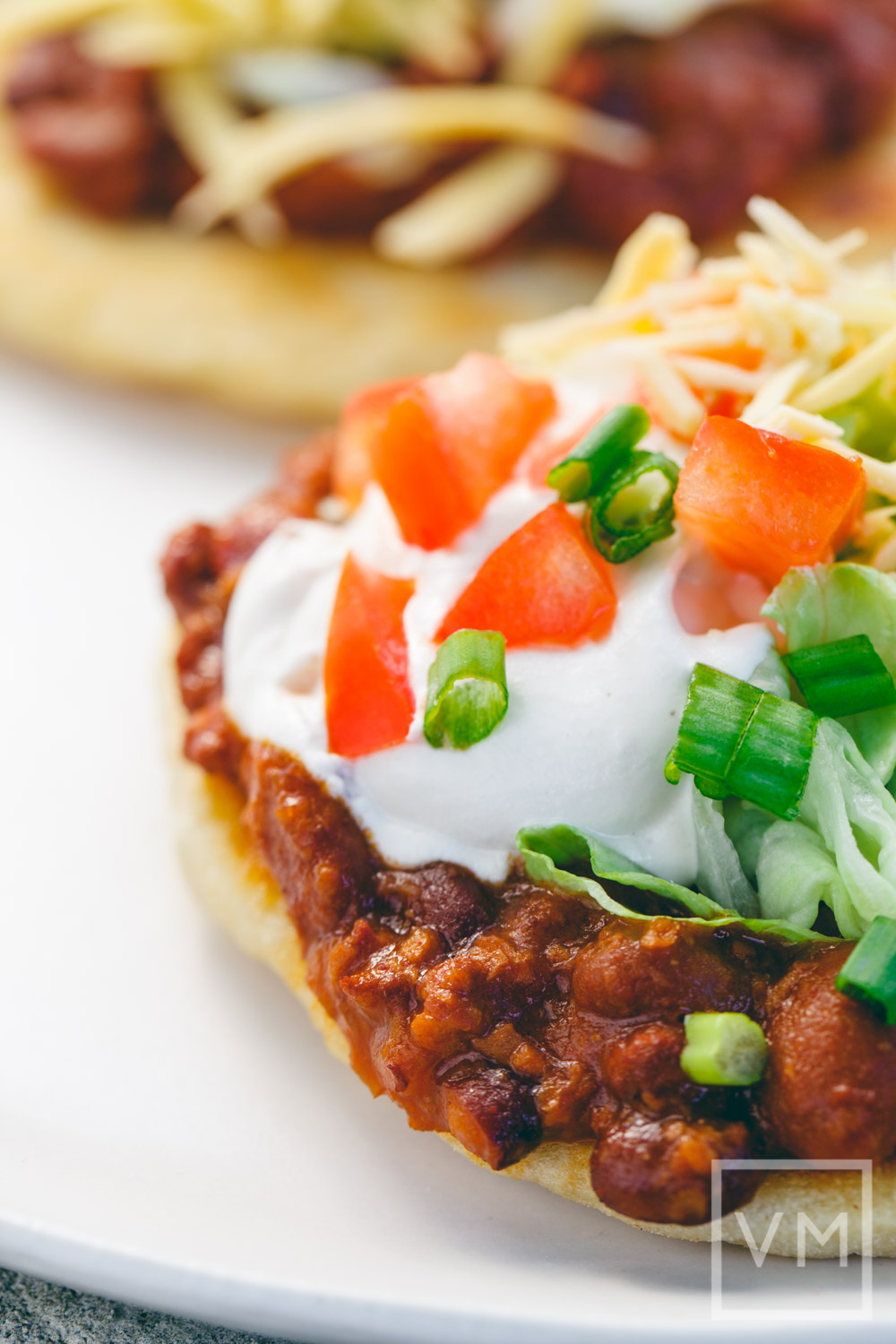 To make the topping for our vegan Indian Tacos with Almost Frybread we used one 13-oz canned Vegetarian Five Bean Chili and one 5-oz canned Vegetarian Taco Filling. For an Indian Taco you’re going to need a thicker, meatier chili so that’s why we doubled up on the soy protein. The Chili already has a bit of soy protein in it, but by adding the additional can of taco filling you get the heartier consistency you need. Just as you would for a chili-dog, you want to make sure your chili holds together and doesn’t drown the bread. You can substitute your favorite chili recipe for the canned chili, just make sure the final product is thicker than a soup.

The Meatless Select Vegetarian Five Bean Chili is savory, not too spicy and had a variety of tender beans in it. This chili makes an ideal topping due to the mild flavors, thick consistency (especially with the added can of vegetarian taco filling) and hearty bean and soy protein filling. This chili doesn’t really contain any veggies, which is why it pairs so well with the Indian Taco. It does well to provide a savory base for your salad and creamy toppings. 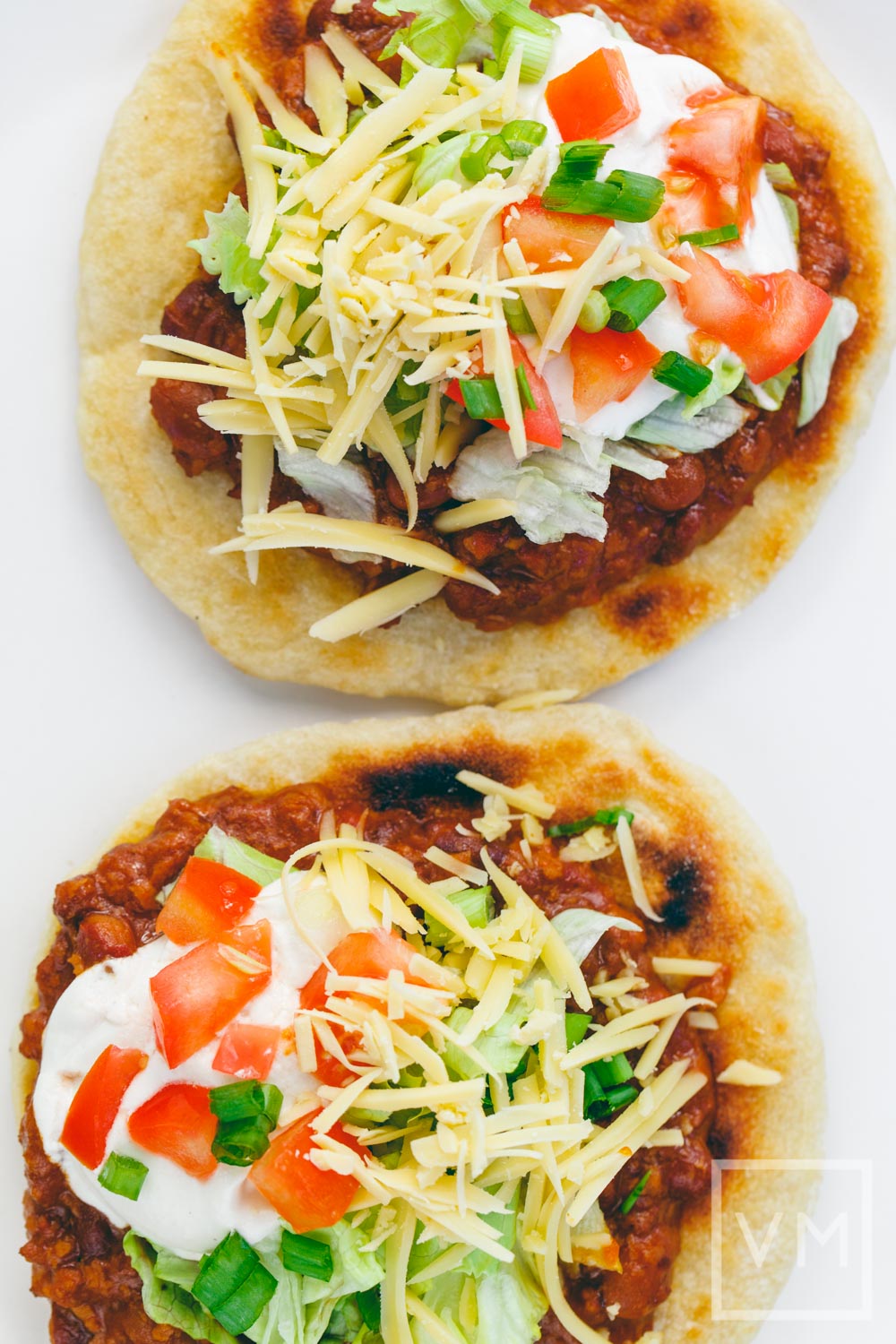 Use our beer flatbread recipe, but cut the dough into 10 smaller (4 1/2-inch wide) pieces instead of 6 as the recipe originally suggested. Cooked over a moderately high heat and with a generous coating of oil on the pan, the dough will develop a nice firm, golden-brown crust with a soft chewy interior. These lightly pan fried breads will puff up and bubble slightly, that’s perfect.

You can substitute your favorite chili recipe for the canned chili, just make sure the final product is thicker than a soup. Try Doni's Black Bean Dip, but don't puree the dish in the end. Use a variety of cooked beans (black, kidney, pinto, etc) instead of all black beans.

Prepare your flatbread and cashew sour cream. Place a medium saucepan over medium heat. Add the chili and taco filling to the pot and stir to blend for 1 minute. Bring to a boil, reduce heat and simmer, stirring occasionally for 15 minutes until hot.

Beer Flatbread: Use our beer flatbread recipe, but cut the dough into 10 smaller (4½-inch wide) pieces instead of 6 as the recipe originally suggested. Cook over a moderately high heat and with a generous coating of oil on the pan, the dough will develop a nice firm, golden-brown crust with a soft chewy interior. These lightly pan fried breads will puff up and bubble slightly, that’s perfect. 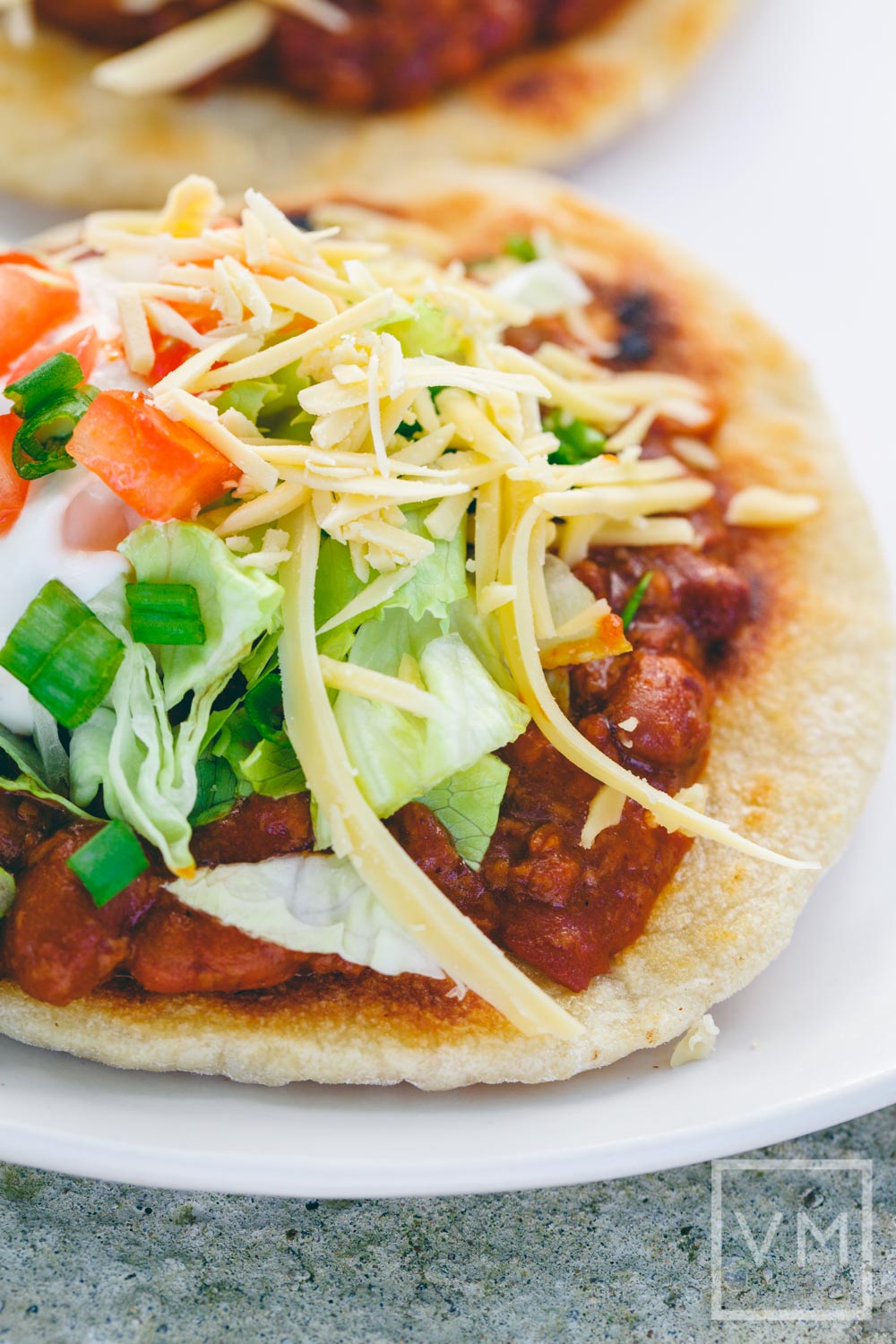 Have you ever had Frybread or Indian taco? What is your favorite taco topping?