When I was little, every week my mum would bring home a large bag of Japanese cucumbers, roughly chop them up and season them before heading off to work. Sometimes she would add chili flakes and refrigerate them immediately, occasionally she would sauté them for a few minutes in the pickling liquid and slide them onto a plate to be served later with rice at dinner. These pickles were always one of my favorite childhood side dishes. 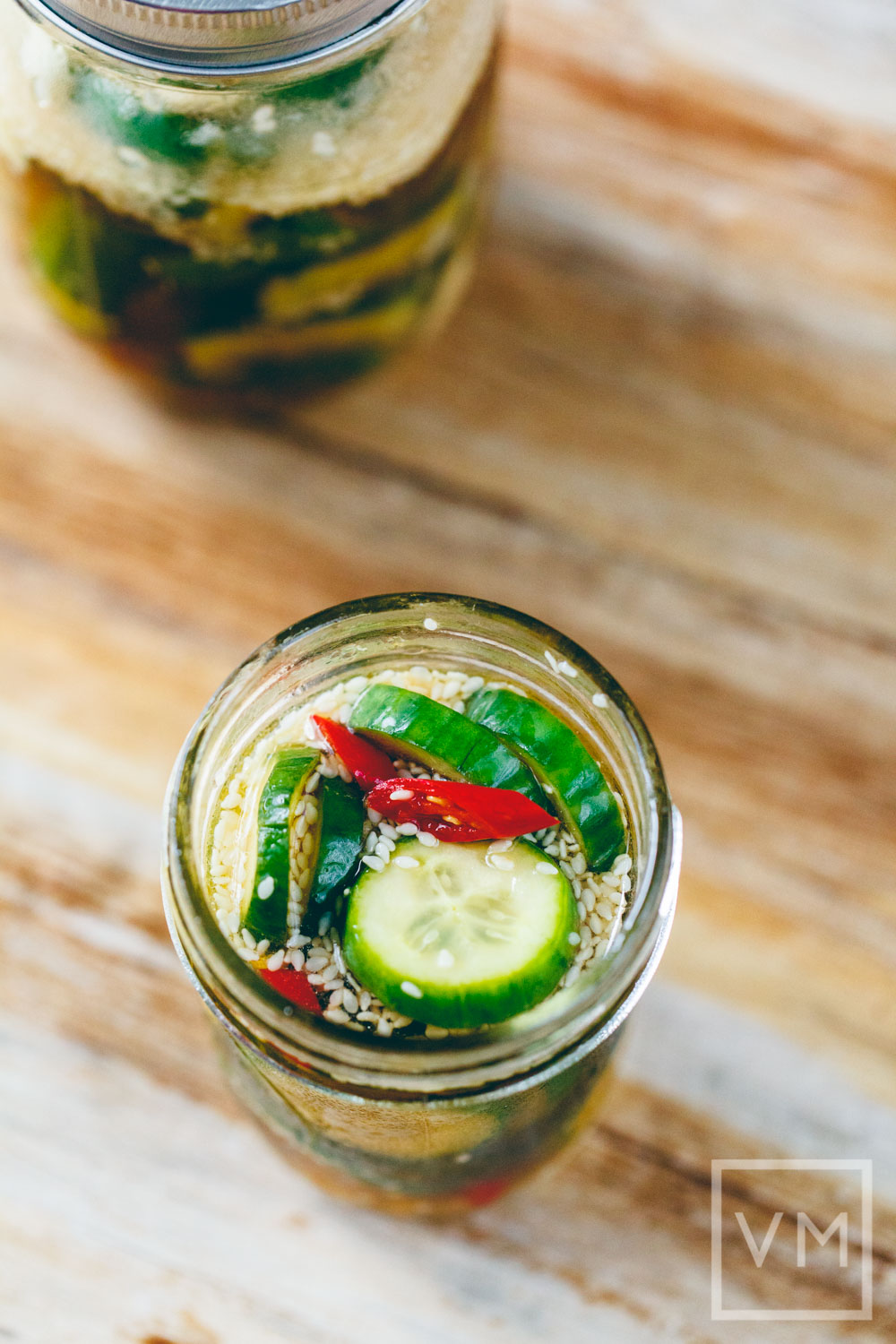 Most vegetarian buffets in Taiwan will have a dish of pickles, often combined with a few red chillies. The acid and sweet, tangy flavors of Taiwanese-style Pickled Cucumbers (Vegan, GF option) often pair well with rice dishes. 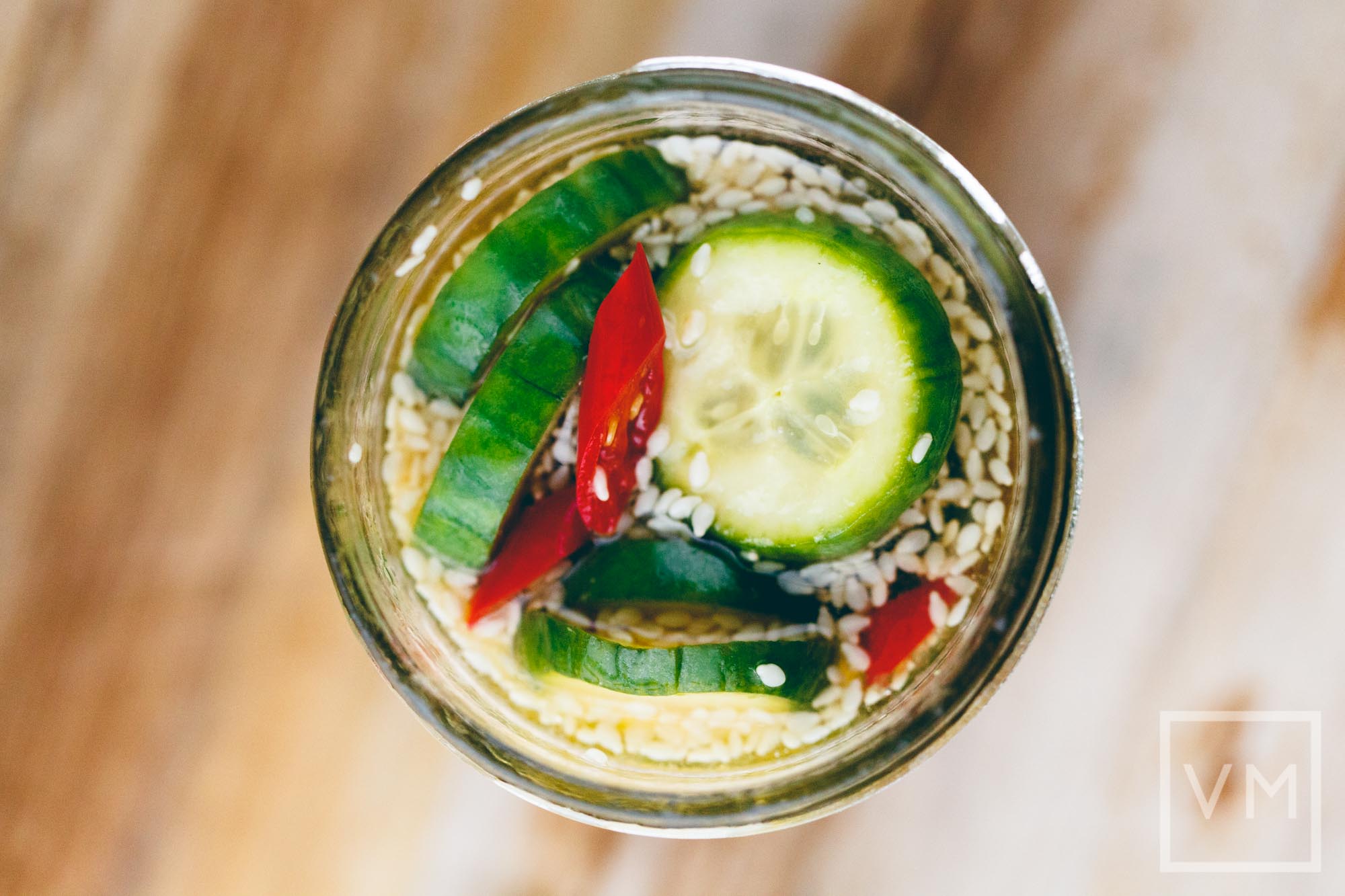 A Taiwanese-style pickled cucumber salad usually consists of very basic seasoning: salt, toasted sesame oil, rice vinegar, sugar and occasionally some chillies or chili flakes. The pickles can be kept, refrigerated, in a jar or sealed container for a couple of days and the leftover pickling liquid can also be used over rice for seasoning. With the chili peppers, a little goes a long ways and the longer you let them sit, the more heat the chillies will infuse into the cucumbers. 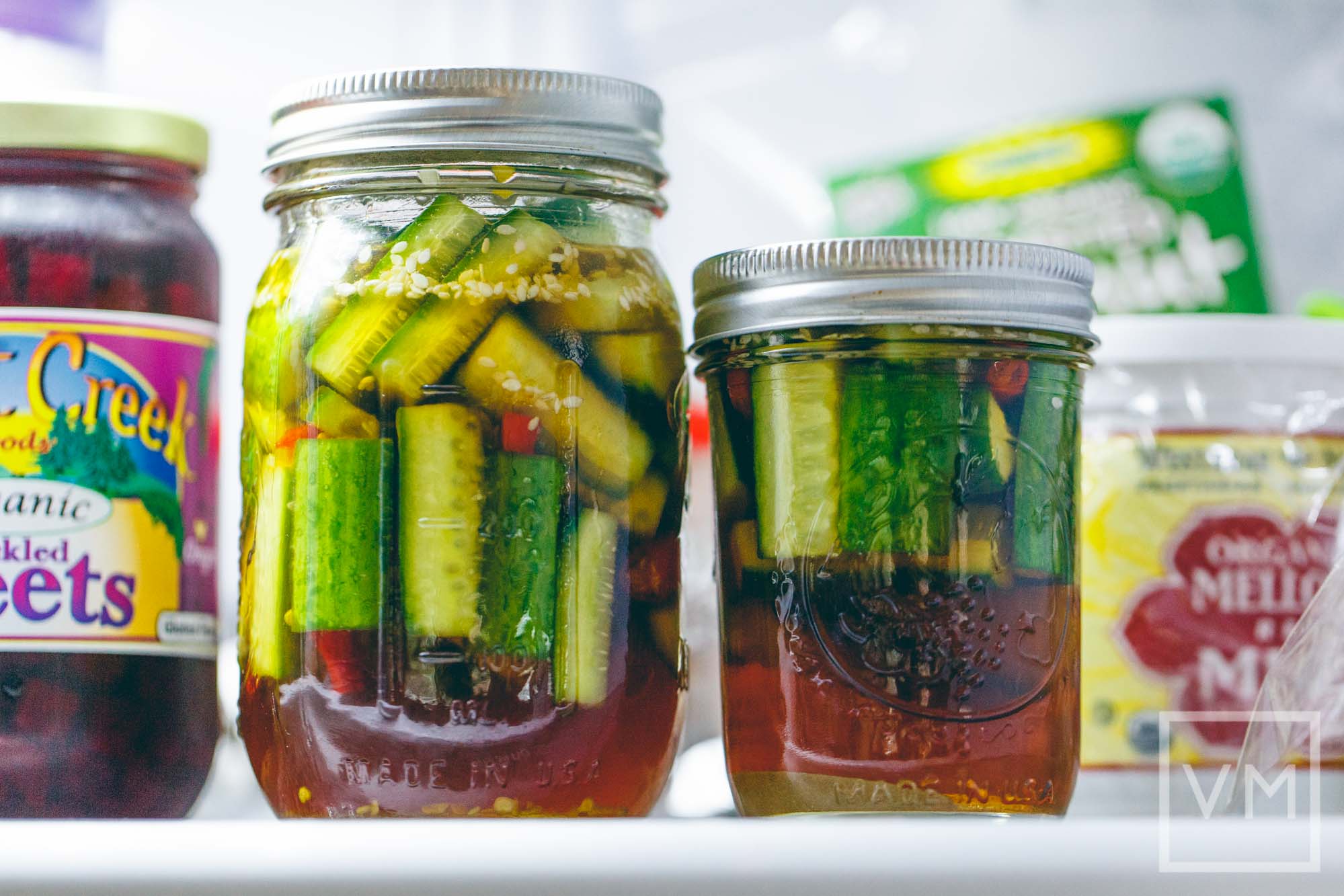 For my version, I used Persian cucumbers since that was all we had available locally. Persian or English cucumbers will work if you are unable to find Japanese cucumbers.

Place the cucumber in a bowl and season with salt, stir or shake to distribute the salt. Set aside for 10 minutes, then rinse and drain cucumbers in a colander. Place the drained cucumbers into a lidded jar or container of choice.

Combine sesame oil, chili, rice vinegar, sugar and garlic in a bowl and pour over the top of the cucumbers with enough liquid to cover the cucumbers. Refrigerate for a minimum of 12 hours, but preferably 16 to 24 hours if possible. This will allow the flavors to combine and any spices to infuse the pickles. Garnish with sesame seeds.

Advance Preparation: The pickled cucumbers can be kept in the refrigerator, covered well, for up to a week but are best when consumed within a day or two.

Extra Heat: Add more Thai chili, but I recommend using one for moderate heat. Also keep in mind that the longer your pickles sit, the more the heat will infuse. 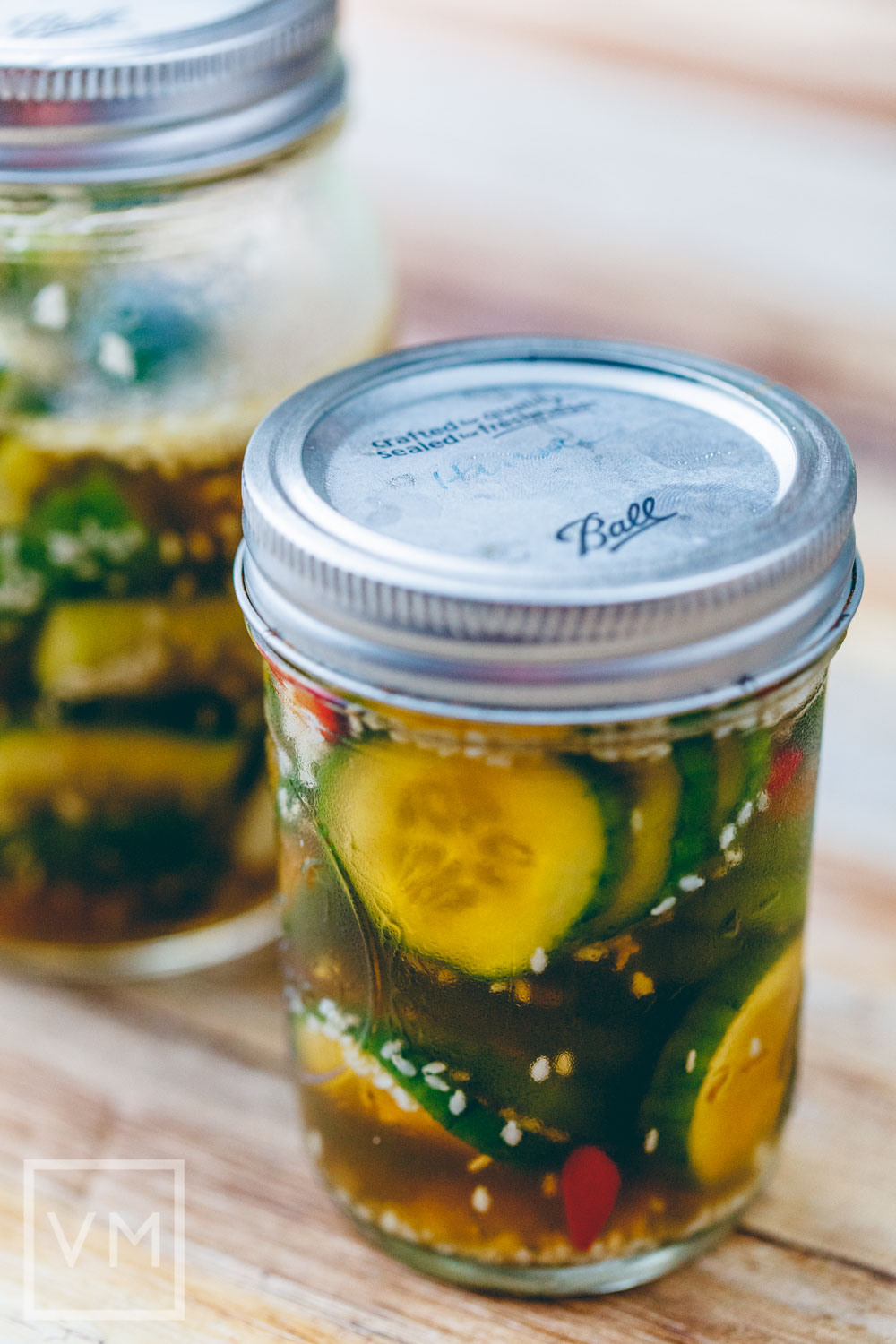