Though the vegan options in Panama City, Panama may be limited, we found that the city had some interesting and unique vegan eats during our brief stay in this Central American hub. The vegan options are largely Asian, fused with the local cuisine and brimming with local ingredients. Don’t be surprised to find patacones and fried rice on the same menu in Panama City. This is a city of contrasts and a diverse city with merging cultures. At one end modern skyscrapers hug the shore like Hong Kong, at the other an old town, the Casco Viejo, is lined with colonial buildings and cobblestone streets from the 17th century. We had a delightful and enriching visit to Panama City and especially enjoyed the vegan eats at Dodó Bon Pan Café, El Jardín Vegetariano and Loving Hut. 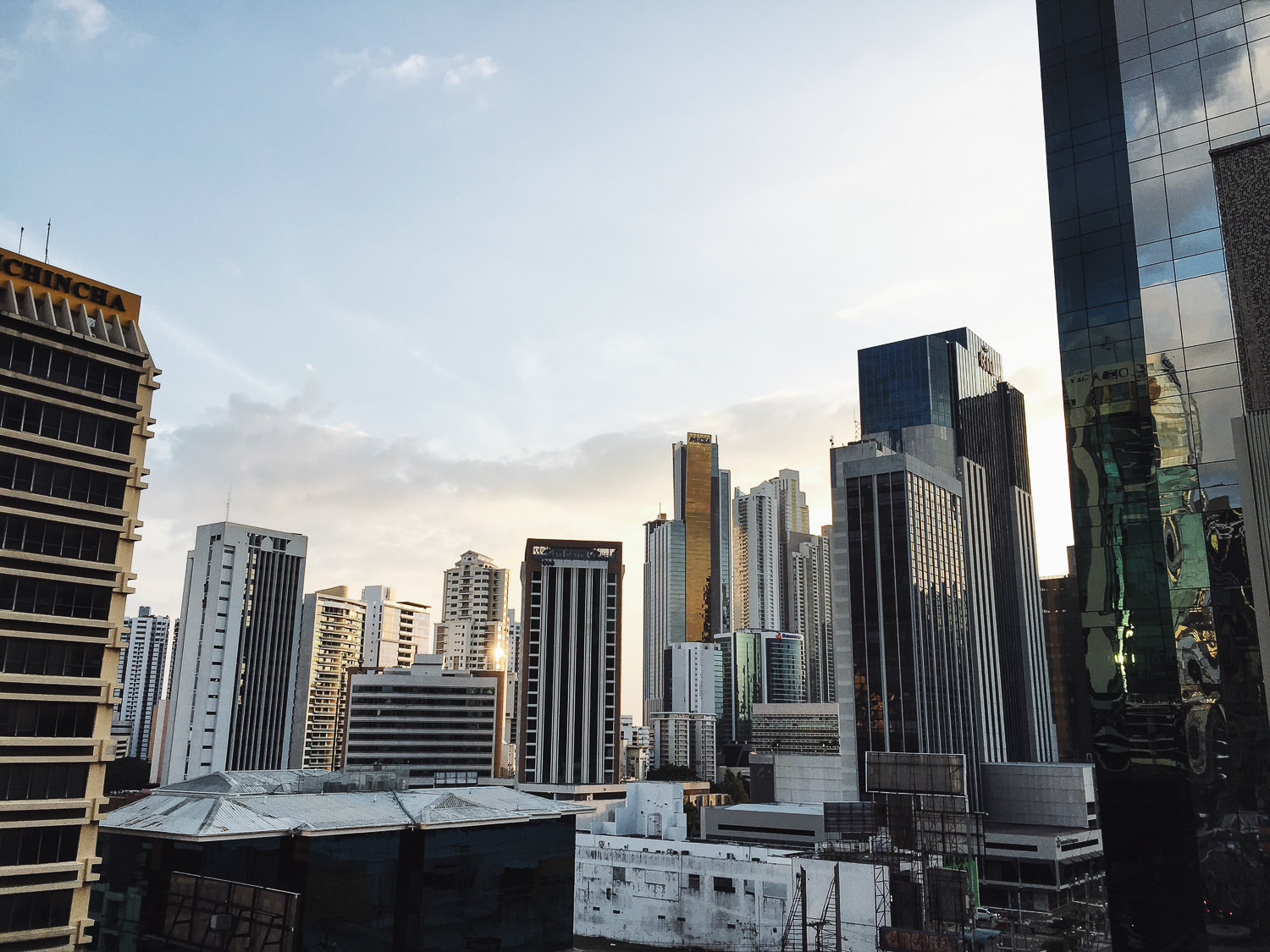 Panama City has the largest and busiest airport in Central America, making it an ideal starting point to see Central America, South America and the Caribbean. Those traveling from the USA can benefit from the fact that the US Dollar is the official currency in Panama. While it wasn’t as cheap as most of the countries we’ve visited in Latin America, it’s still significantly cheaper than any US destination. The value, culture and year-round warm weather make Panama City an ideal destination for a short trip or the perfect hub for seeing more of the Americas and Caribbean. Though English is little spoken, the people at the restaurants and shops we visited were considerate and patient with our Spanish. 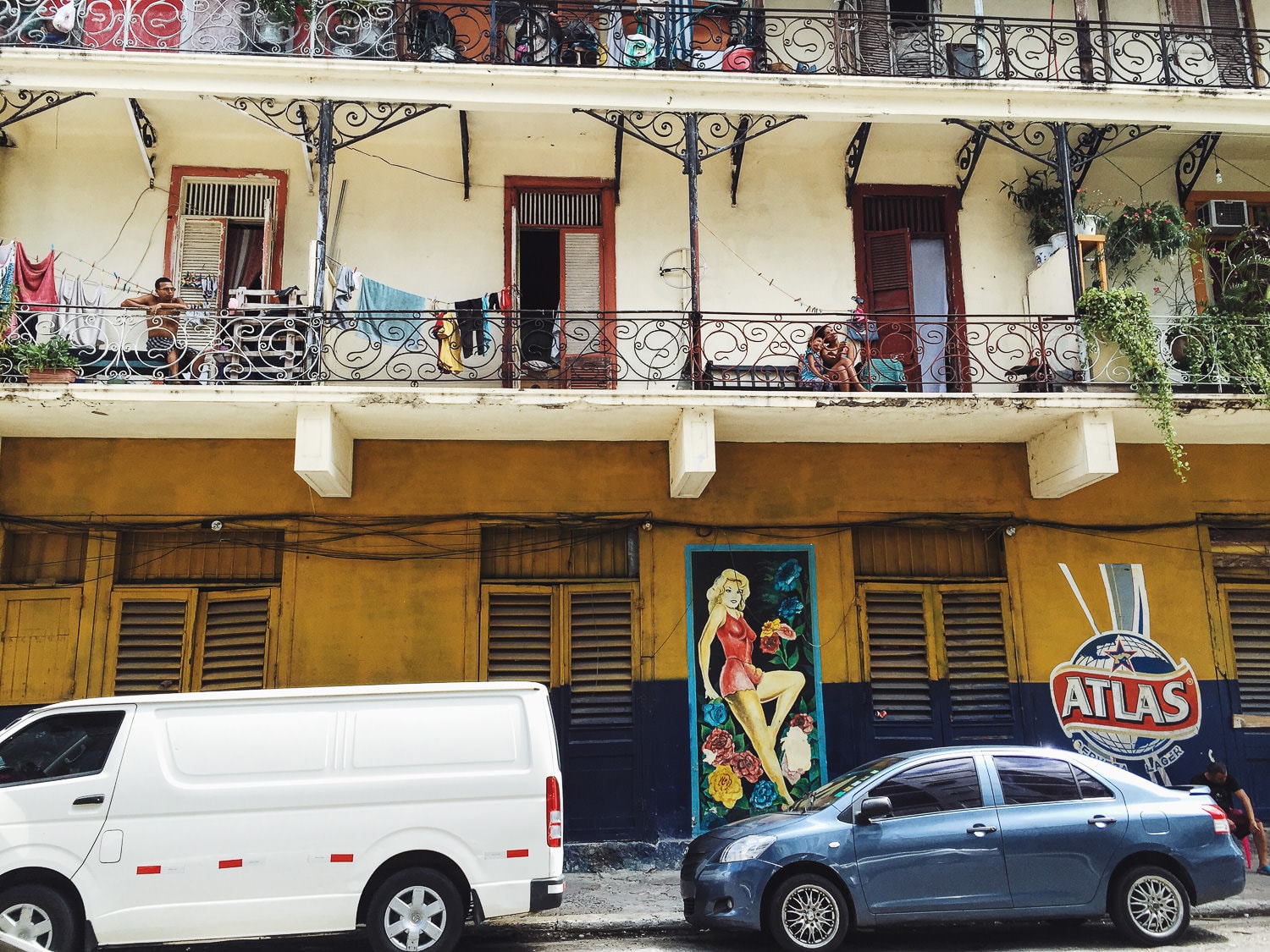 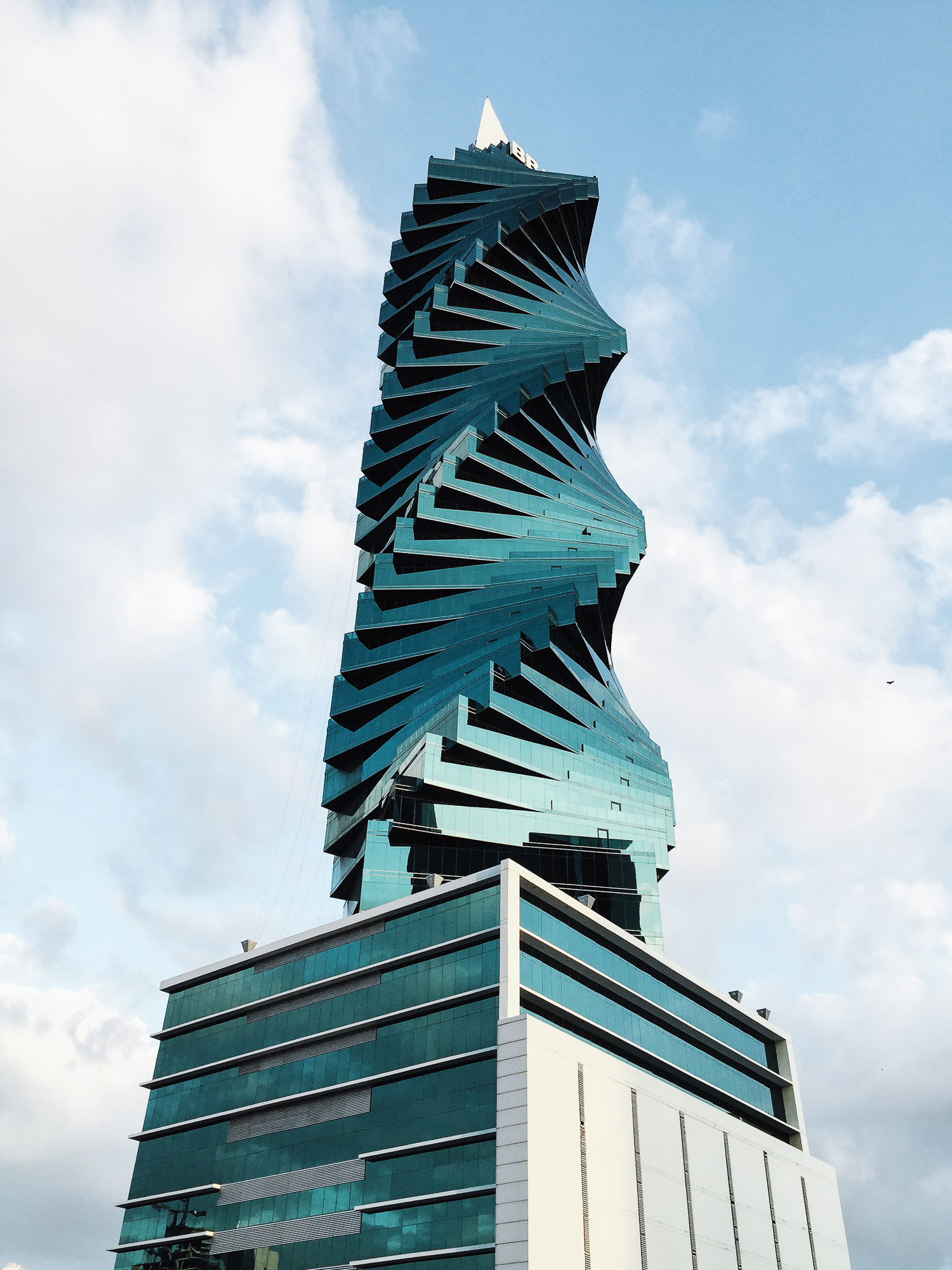 F&F Tower (previously known as the Revolution Tower), one of the most iconic buildings in Panama City, Panama 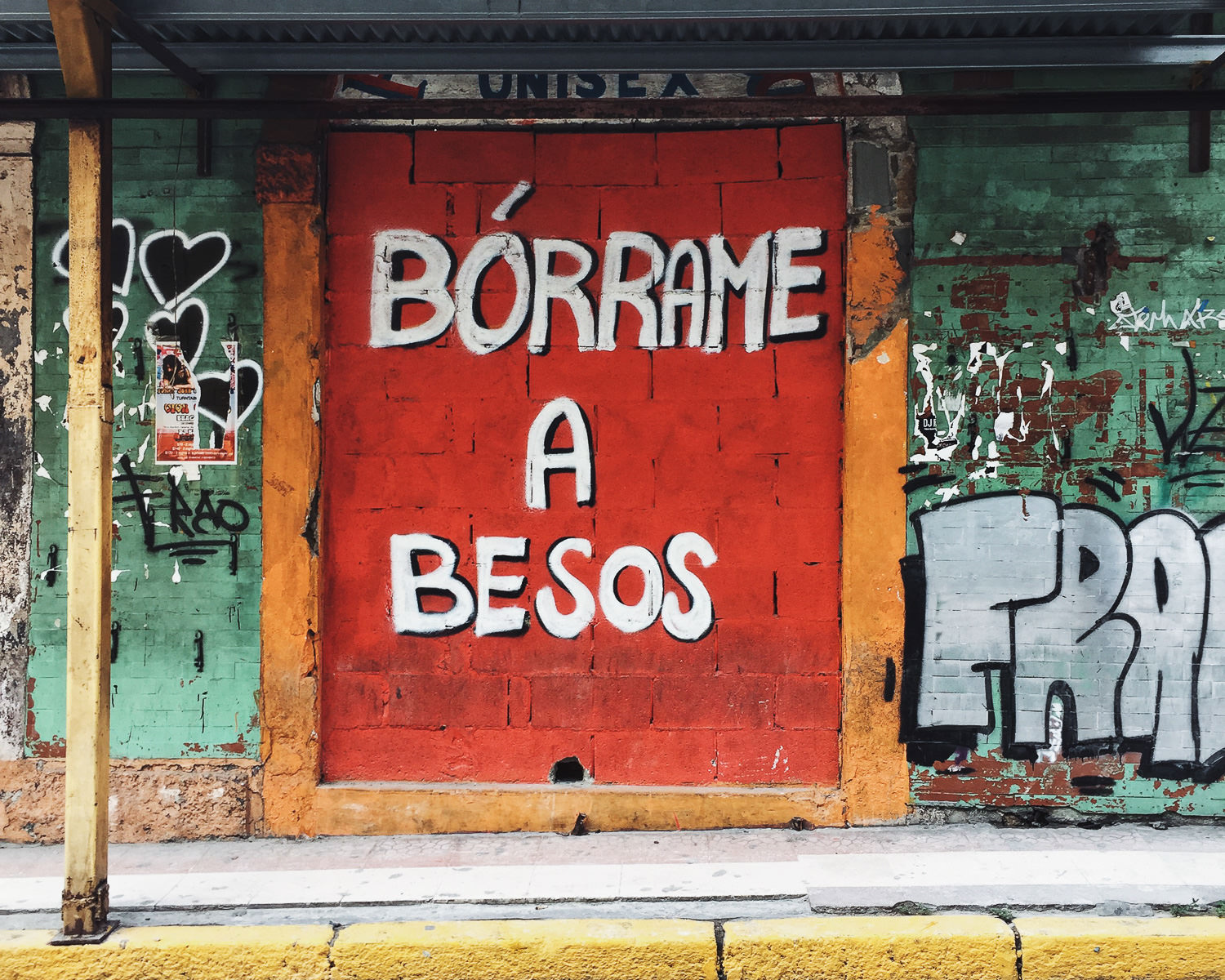 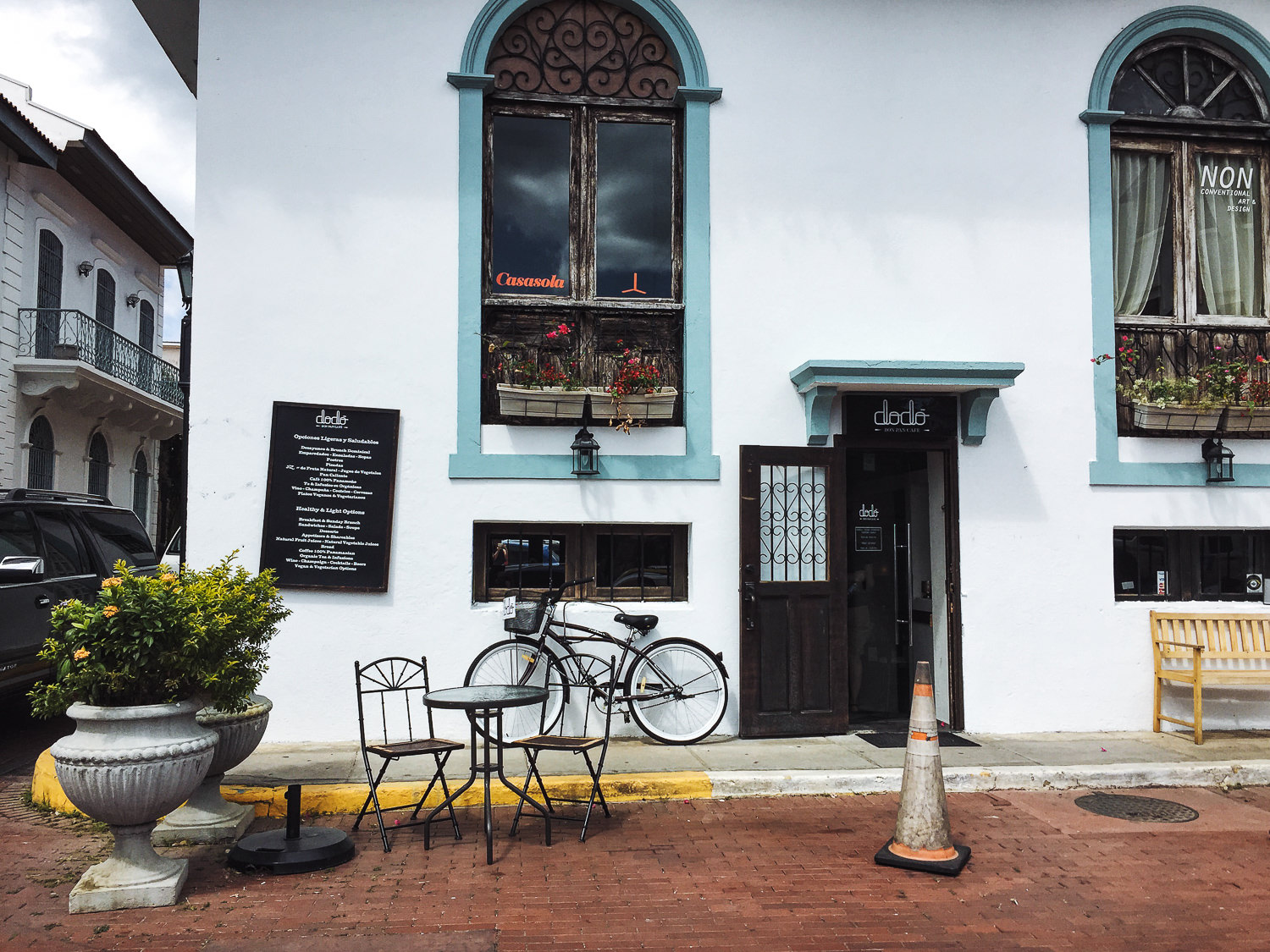 Ideally located in the Casco Viejo, Dodó Bon Pan is a vegan friendly café with European or American styled offerings. The atmosphere is cosy, portions slightly small and dishes relatively pricey but Dodó represents a convenient and comfortable option while sight-seeing in the Casco Viejo. It can be a welcome break from the largely Asian influenced vegan foods often found in Panama City as well. Dodó also serves vegan brunch and has vegan dessert options that seem to be very popular. Considerate service, laid-back atmosphere, clearly marked vegan options and flavorful food make Dodó Bon Pan a worthwhile stop in the Casco Viejo for convenience and variety.

We took pictures of the menu. See ［１］［２］［３］［４］［５］［６］
Please note, these were taken in early 2016 so menu items & prices are subject to change. 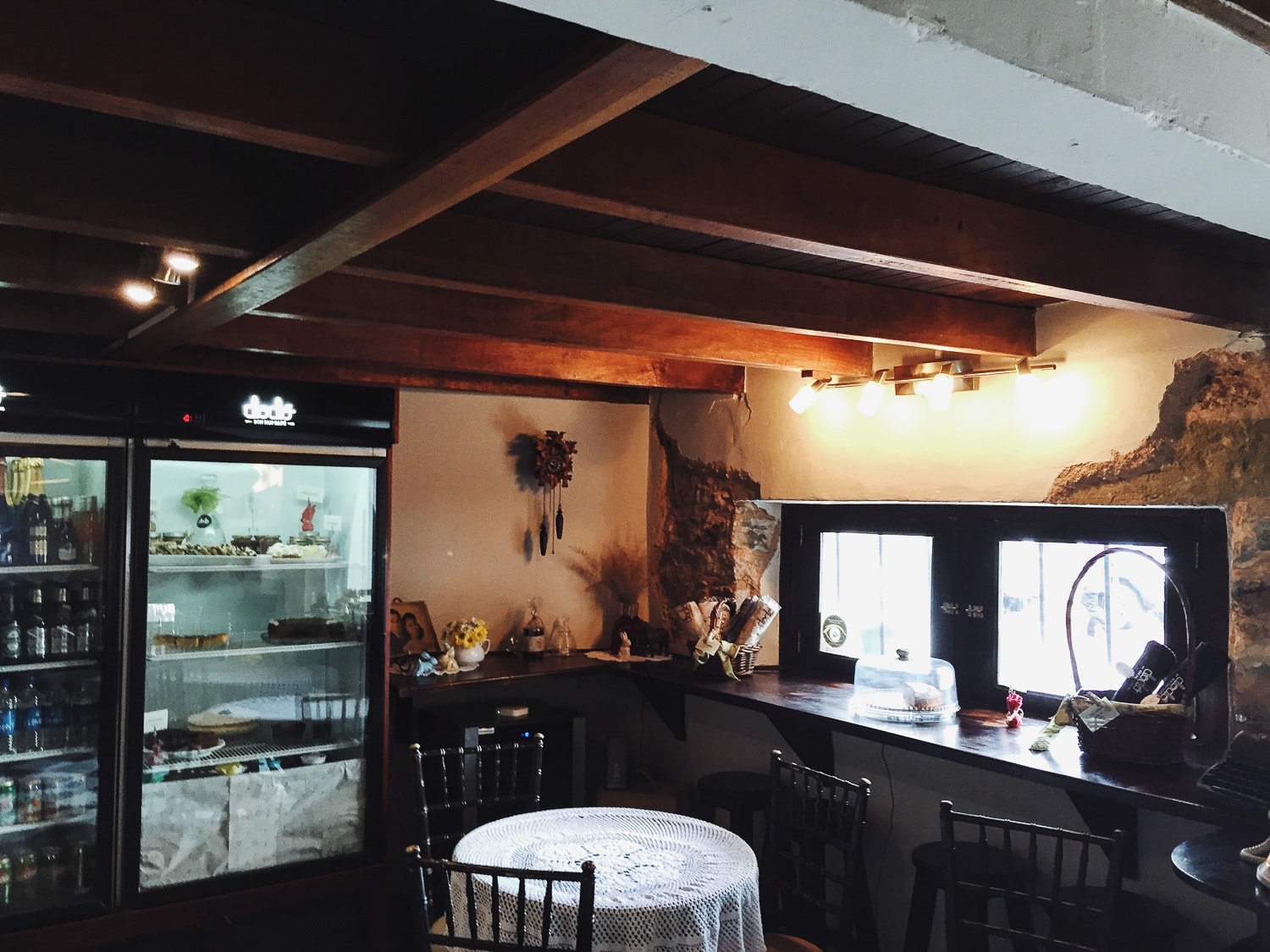 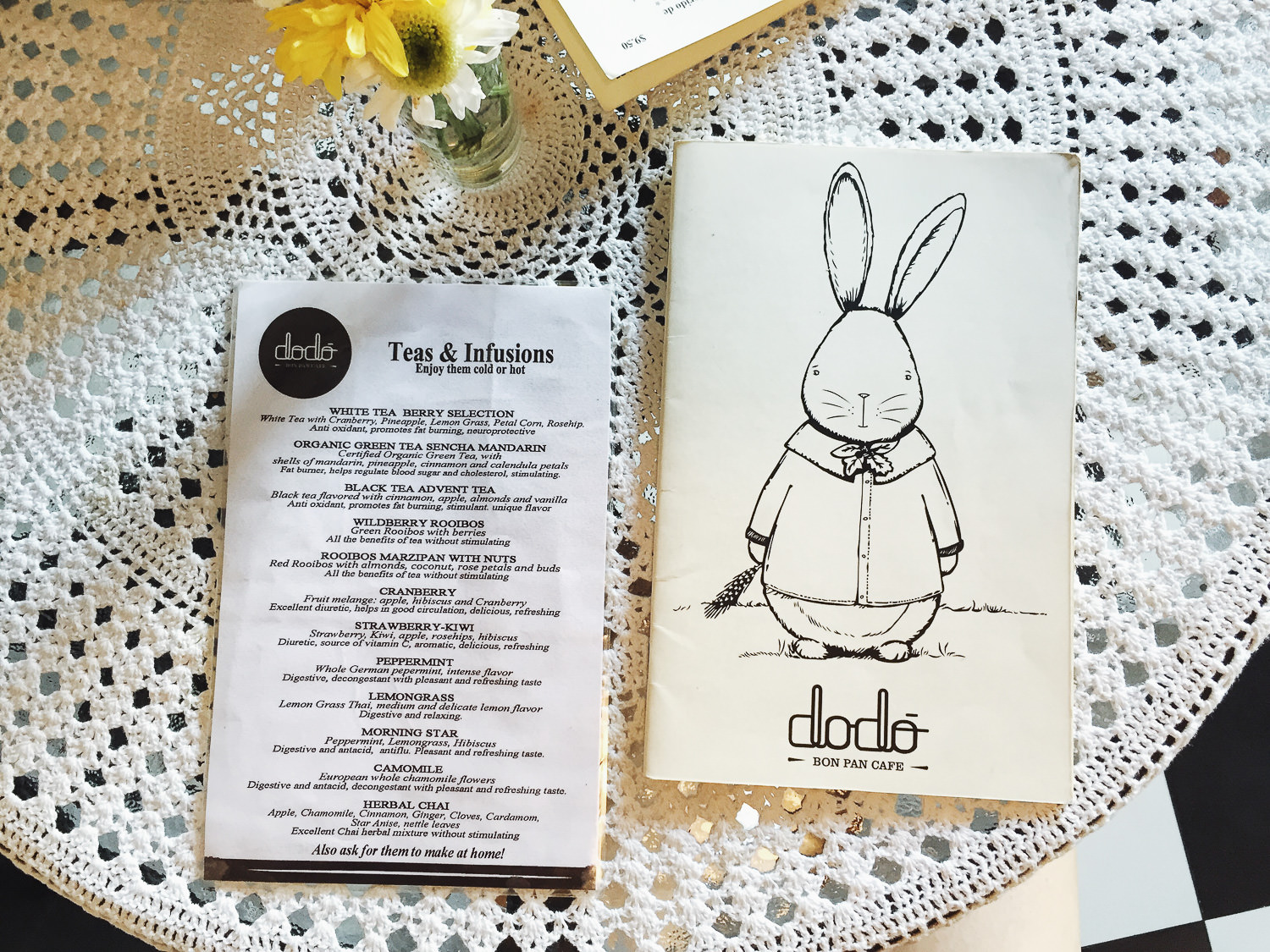 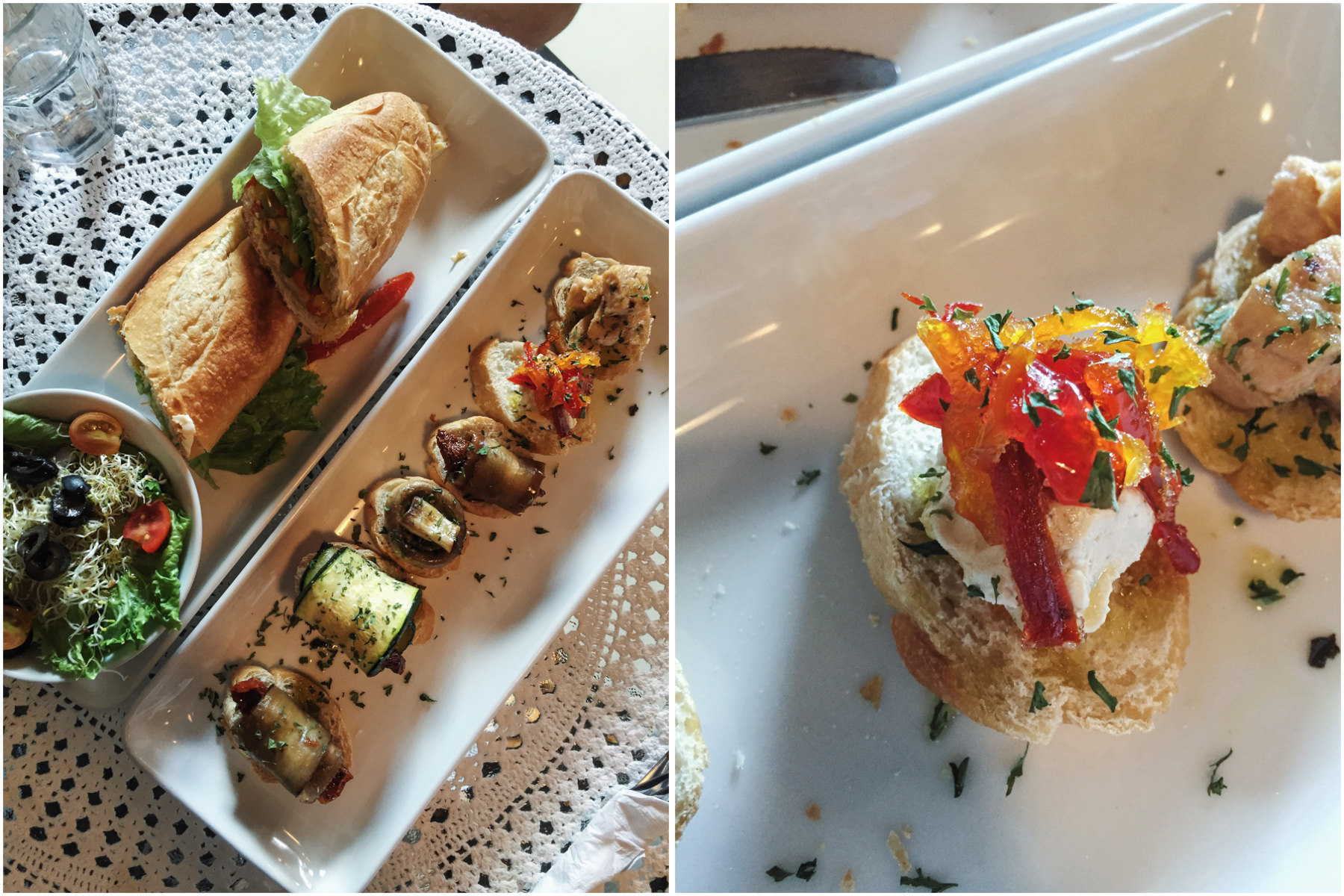 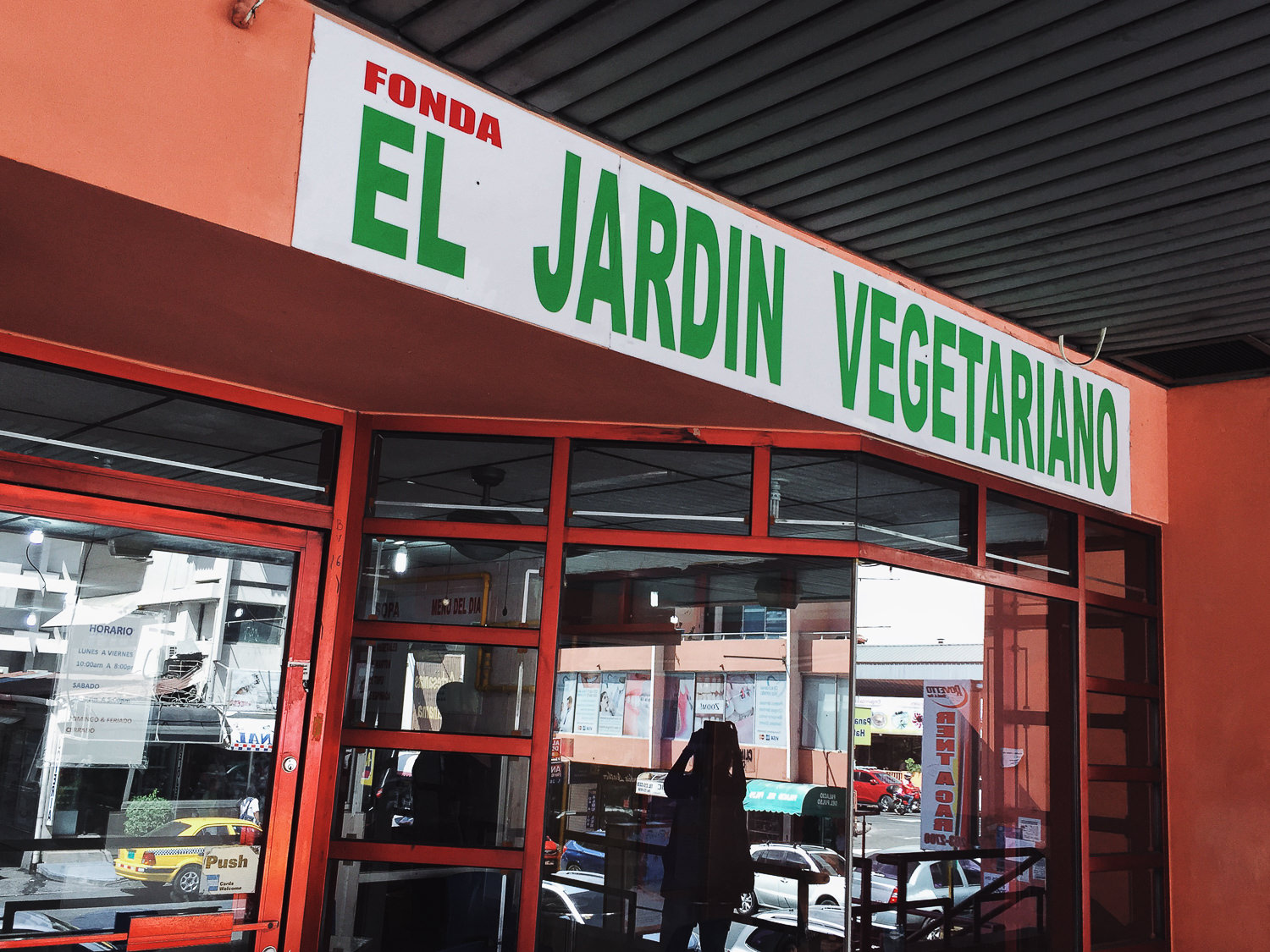 Cheap, basic buffet style eatery with Asian & Panamanian foods. Happy Cow lists it as vegan, and we confirmed with the Chinese owners that their food is vegan with the exception of the occasional sushi that contains egg – so it may be best to simply avoid the sushi. Along with the buffet, they also offer a selection of soups and occasionally pastries. Much like the buffet, the soups are only mildly seasoned. Everything, including the soup, is available for takeaway or dine-in. The dining area isn’t exactly the warmest or cleanest but it suffices. Try some plantains or poi and get a few servings of vegetables, beans or tofu for a hearty and economical meal. Buffet items are priced per scoop and it always comes out to be very cheap. There is no additional charge for takeaway. Additional condiments may be needed since the food is typically under-seasoned.

We have additional pictures of the menu items posted behind the buffet. See ［１］［２］. Please note, these were taken in early 2016 so menu items & prices are subject to change. 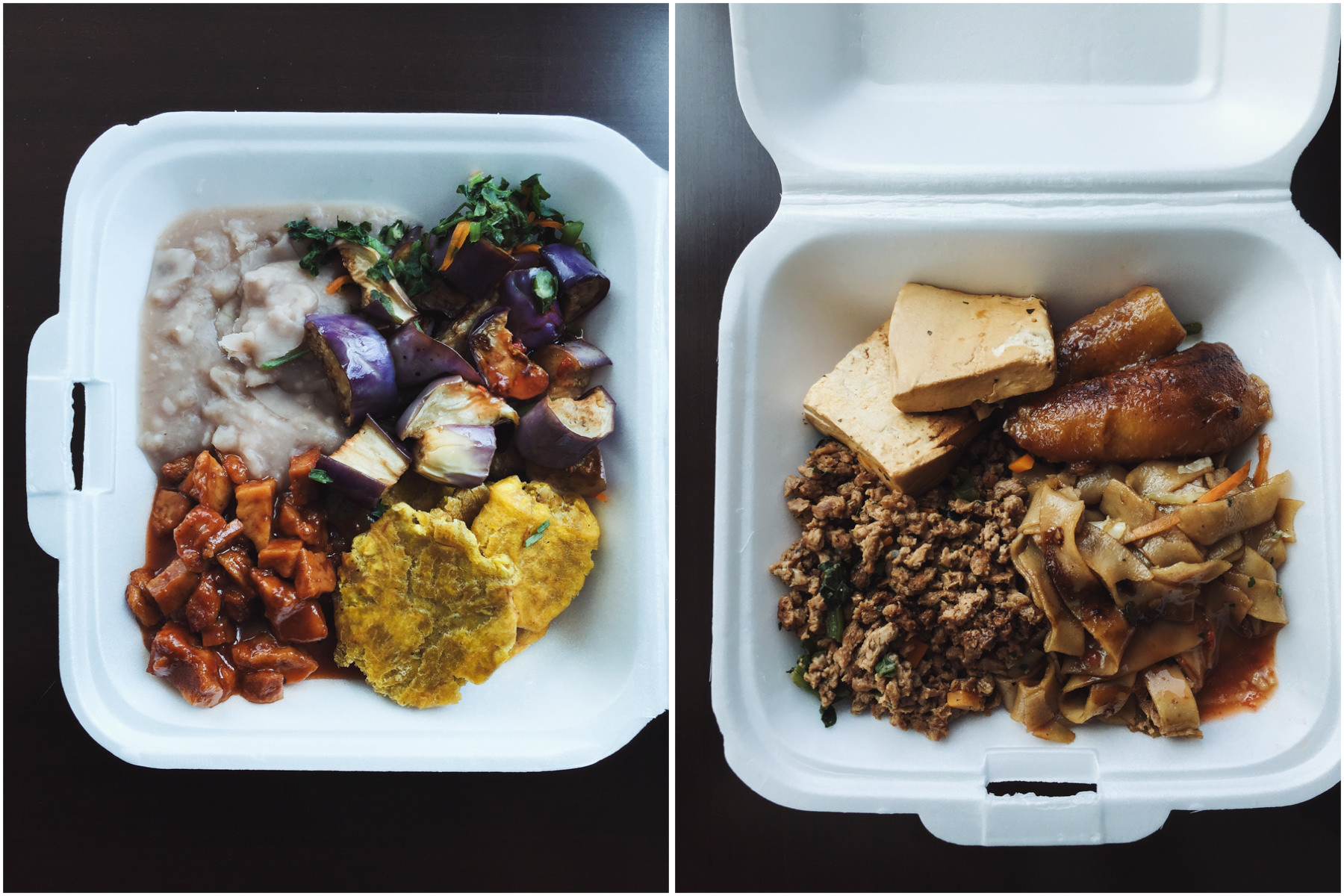 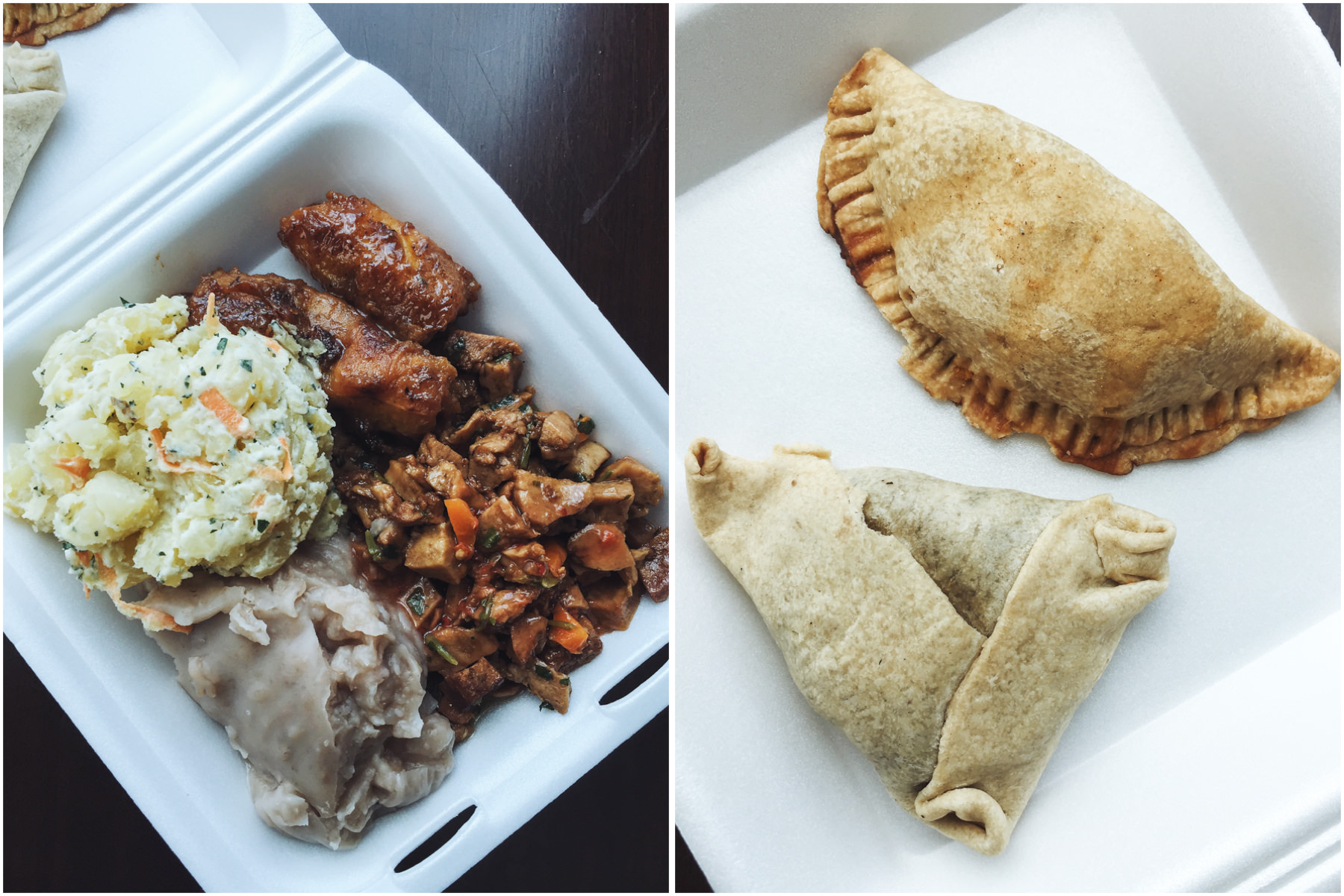 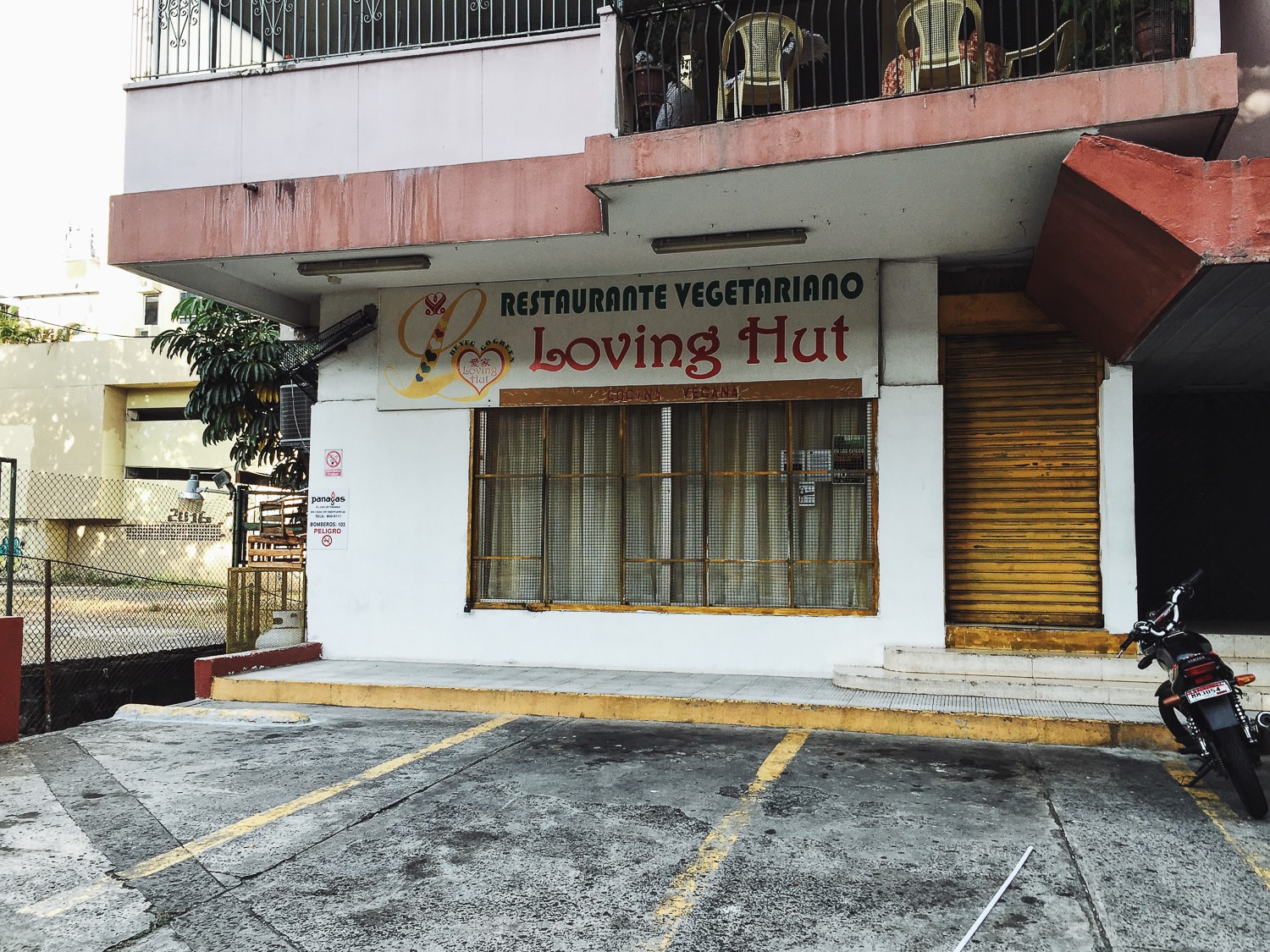 Loving Hut Panama City serves a typical buffet style lunch (pay per scoop) with rotating dishes. Lunch can get busy since the restaurant is across the street from a university. Though the buffet often isn’t the most inspiring and you’ll likely get cold food if you come later in the day, it represents a good value for Panamanian and Asian vegan food in Panama City. Loving Hut has more flavor than El Jardín Vegetariano but their prices are also slightly higher. We much prefer going later in the day and ordering from the menu. Their fried rice comes in massive heaping portions and their tomato seaweed noodle soup was our favorite dish from the menu. Loving Hut also has a few local dishes like a perico scramble and patacones – fried plantains, a staple of Panamanian cuisine.

We took some pictures of the menu. See ［１］［２］［３］［４］［５］［６］
Please note, these were taken in early 2016 so menu items & prices are subject to change. 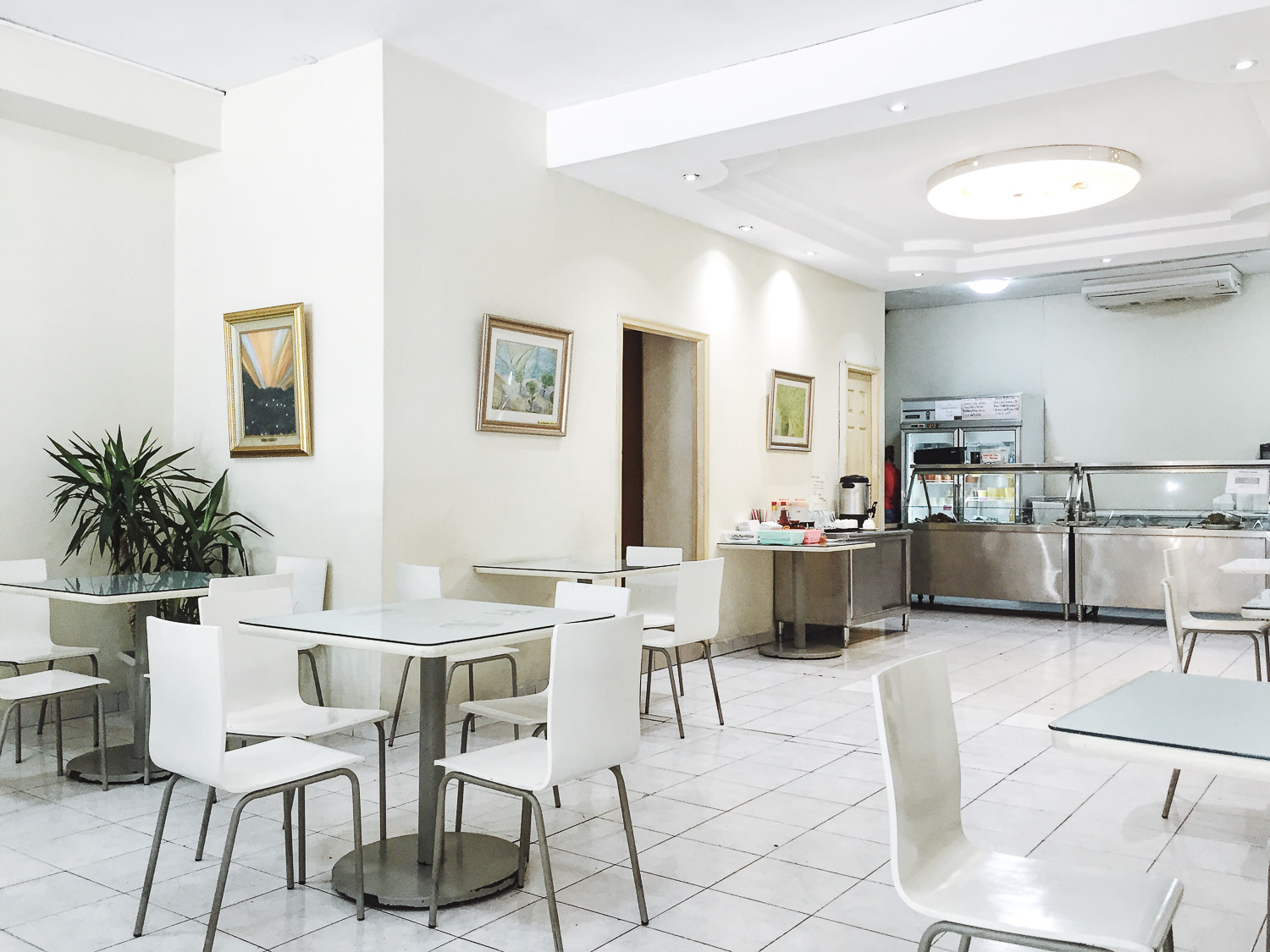 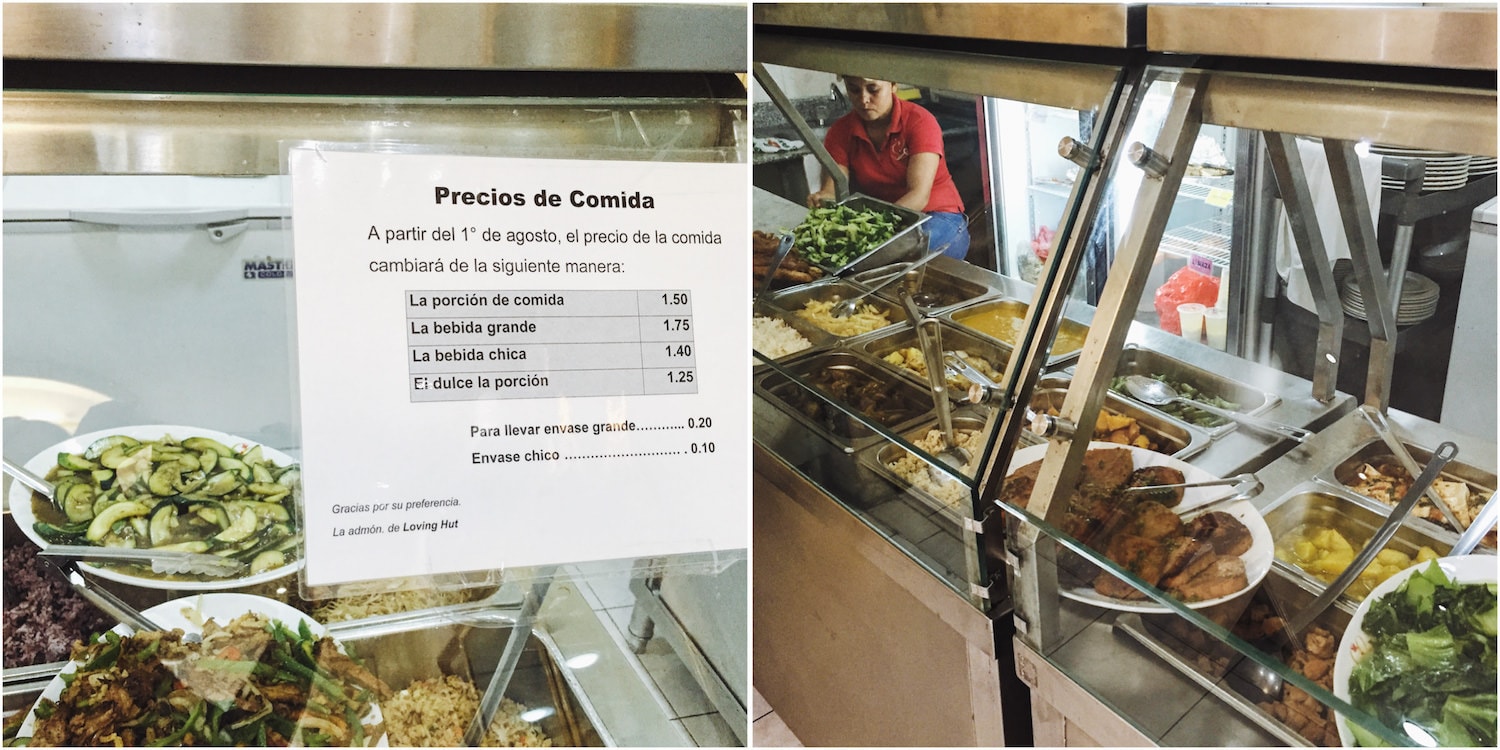 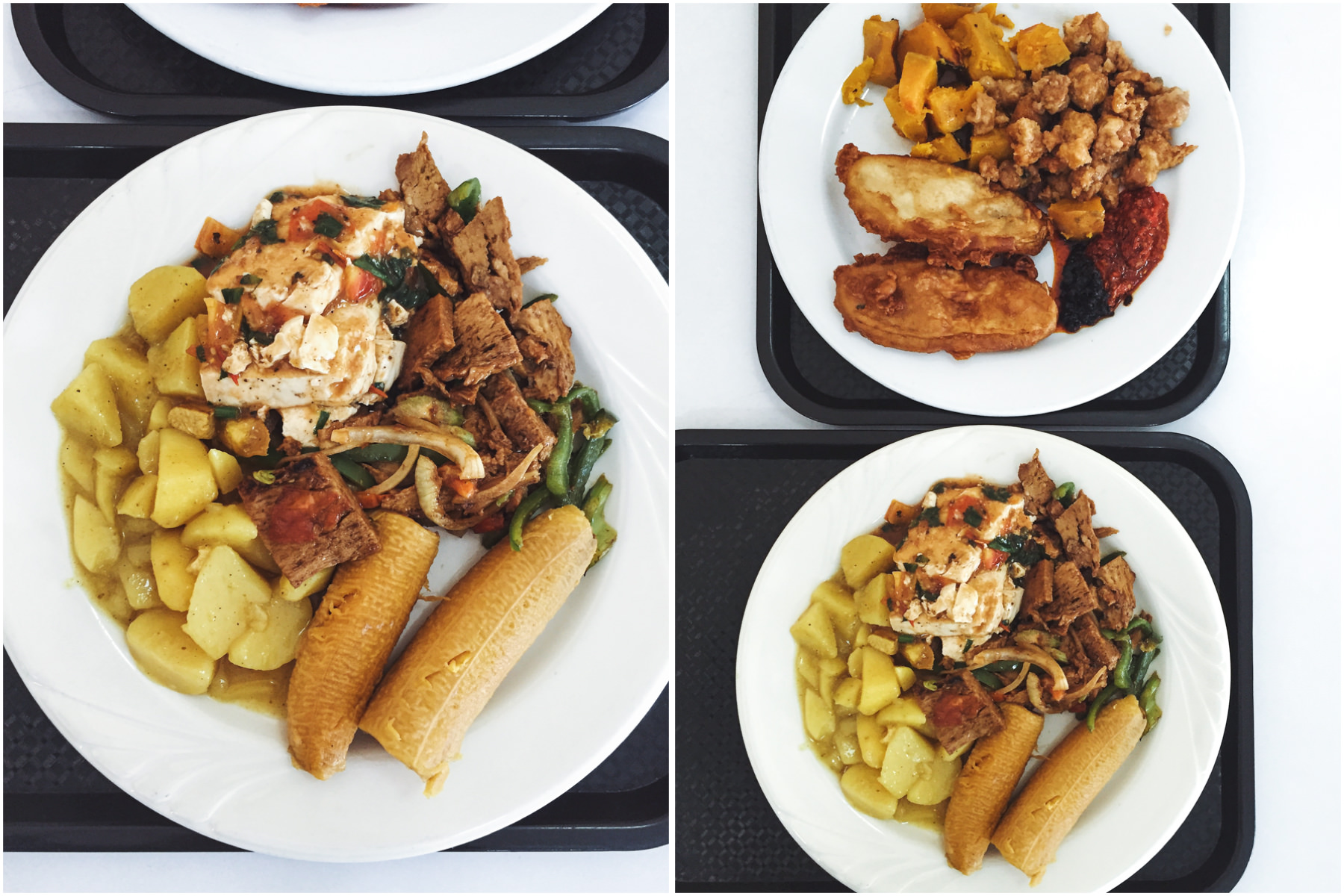 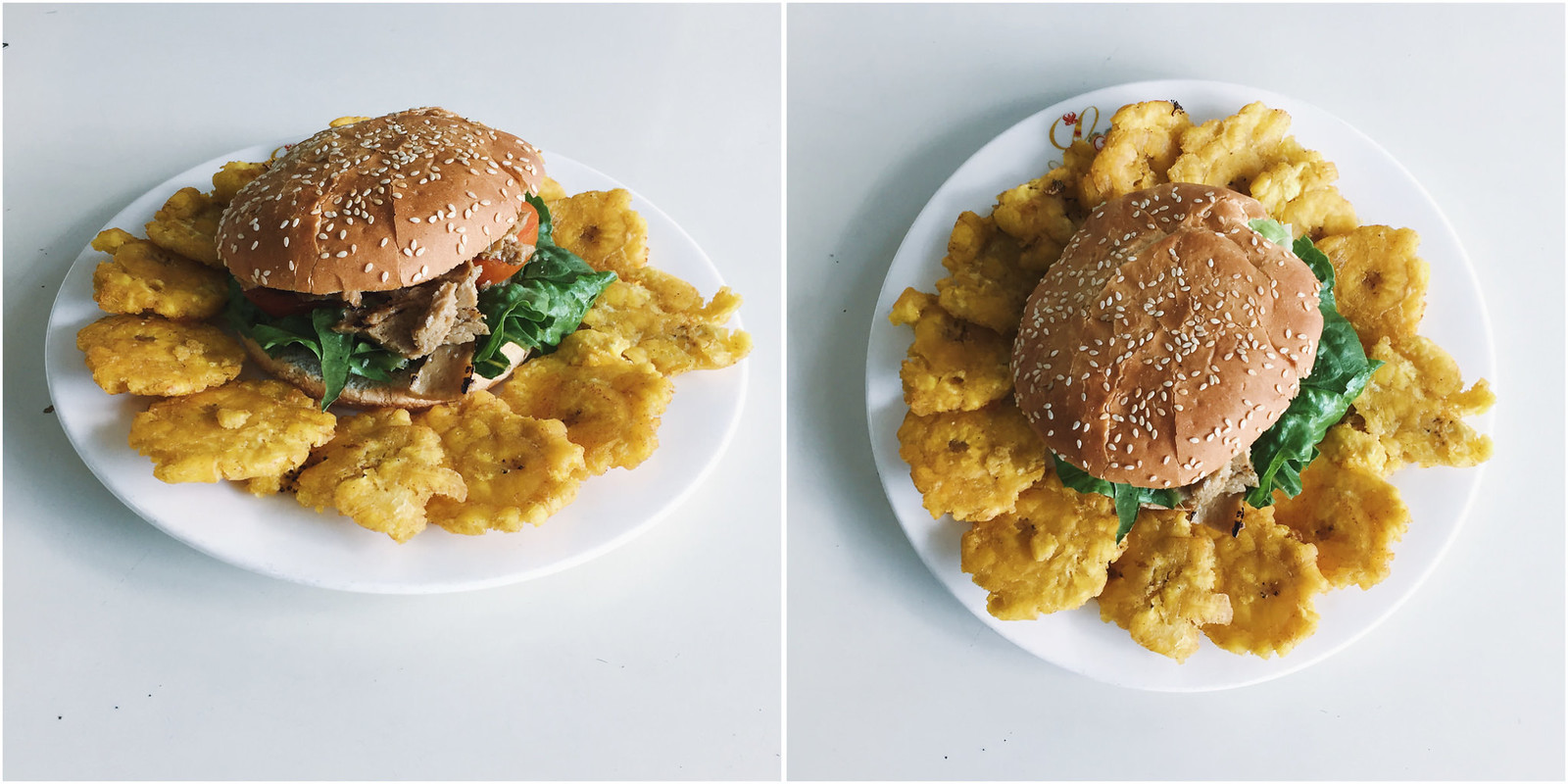 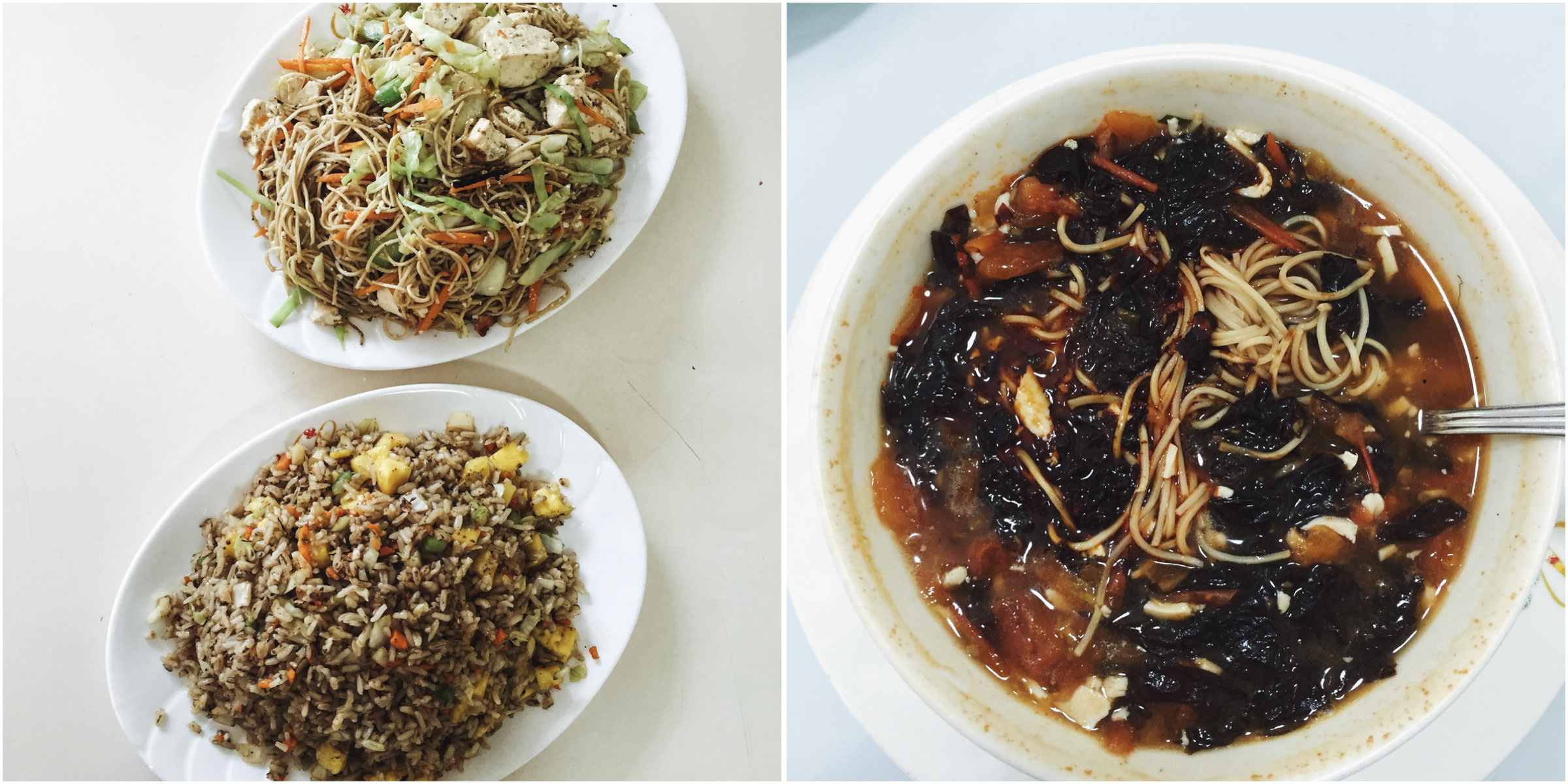 Have you been to Panama City and tried any of the restaurants mentioned?

The “Vegan” Girl & The Goat and Chicago

Baltimore: The Land of Kush